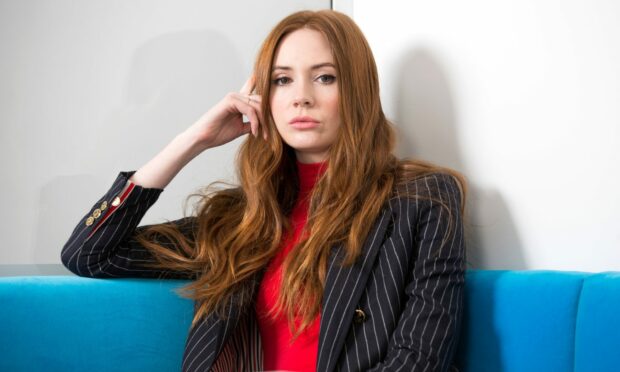 Hollywood actress and proud Highland lass, Karen Gillan has married her partner Nick Kocher at Castle Toward in Dunoon at the weekend.

The actress, who hails from Inverness, famously played Amy Pond in the Doctor Who series.

She has also appeared in blockbuster films like Guardians of the Galaxy. Avengers: Endgame and Jumanji: Welcome to the Jungle and its sequel.

The 34-year-old met her 36-year-old comedian husband on the set of The Bubble and has kept it low-key ever since.

The couple tied the know in a lavish ceremony at Castle Toward in Dunoon, on Sunday, May 15, in front of Hollywood royalty, including Robert Downey Jr and Julia Roberts.

Both were spotted roaming around at the venue, with Roberts reportedly having breakfast in the cafe and Downey Jr perusing the gift shop.

Castle Toward was built in 1820 and replaced a medieval castle dating from the 15th Century, and has served as the seat of Clan Lamont since.

It is understood that Mr Kocher arrived at the ceremony on a speedboat, while the bride opted for a more elegant entrance via a yacht called the Spirit of Fortitude.

The wedding was said to be a very private affair, with many locals unaware of what was going on in the lead-up.

Mr Kocher, who hails from Atlanta, Georgia, was decked out in a kilt like a true Scotsman.

The happy couple could be seen toasting with friends and family to a happy future together.

Karen Gillan is due to star in the upcoming Marvel films Thor: Love and Thunder and Guardians of the Galaxy Vol 3 as her character, Nebula.

More from the Press and Journal

‘I felt like I had won the golden ticket’: Offshore worker’s delight at rare gold shell find on Nairn beach